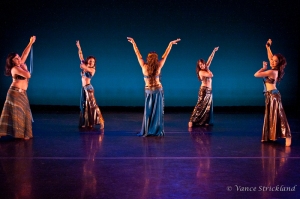 I was invited by Stacey-Lizette of Sabaya Bellydance Collective to photograph the local groups performing in the recent Bellydance Superstars Club Bellydance tour which came through Austin, Texas.

The concept was basically to allow a subset of the BDSS performers to tour different cities, be able to try out stuff and also link in with some of the local groups in those cities and show the audience some of the incredible talent that exists locally.  It also affords a way for local performers to take some classes from performers that aren’t in the area that often.

The dancers from the Bellydance Superstars were: Moria Chappell, Stefanya, Sabah, Sabrina, and Victoria Teel (who happens to be from down the road in College Station).

It’s gratifying to see how quickly Victoria Teel has advanced through the performing circuit.  The above shot was Victoria performing at the Austin Belly Dance Convention in 2009.   I particularly remember that performance because her veil work was (and of course, still is)  impressive. 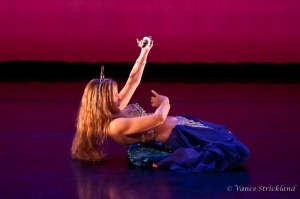 Anyway, returning to Club Bellydance – the local performers did an excellent job, some of the troupes came up with new choreographies for the performance. Yasmin and Amara had particularly strong performances. Yasmin’s performance had a taste of India in it and did an excellent job of conveying emotion through the dance, while Amara’s swordwork and focus is incredible and she also projects emotion through the very real technical difficulties of the dance. Not losing the ability to project the dance’s emotion while in the middle of a technically challenging move is not an easy task to accomplish.

My pictures from Club Bellydance – Austin 2011 are at: http://vstrick.smugmug.com/Dance/CB2011Aus/

Pictures from ABDC09 open stage set 2 with Victoria are at: http://vstrick.smugmug.com/Dance/ABDC09-Open-Stage-Set-2/

Thanks for the read and remember to get out there and support your local performers and troupes in your area.

I’m a photographer who loves photographing renaissance festivals and dance. They are great communities and I enjoy capturing some of those moments and being able to share them with the community. My day job is in IT at The University of Texas at Austin, wrangling the virtual infrastructure – working with VMware vSphere, vCenter Operations, SRM, Cisco Nexus 1000v, and consuming as many SAN resources as I can get. :-)
View all posts by vstrick →
This entry was posted in bellydance and tagged bellydance. Bookmark the permalink.